Occupy My Dissertation? Thoughts on Method 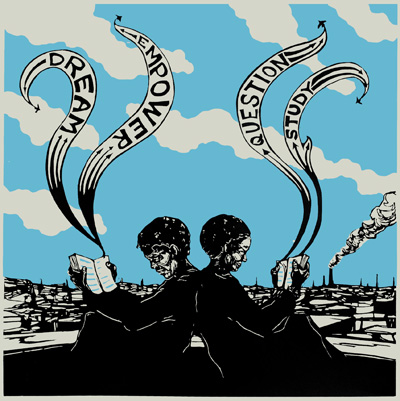 I’d be lying if I said that nobody reads the methodology section of social science books, but only barely. There are basically two audiences for these chapters: 1) the peer review board whose stamp of approval you’re seeking, and 2) grad students looking to pilfer your toolbox. Which, most of the time, is fine. Methods are inside baseball, the scholarly equivalent to the Atlanta Braves’ practice regimen or Jonathan Franzen’s revision process. They’re important to understand how the work gets done, but a bore for anyone not already obsessed with the minutiae of a given topic.

However, methods are unavoidable for those of us attempting to produce scholarship. (An aside: can we push for a less rarefied word than “scholarship”? One that doesn’t stink of pretension or turn off practically everyone outside the university walls? “Research,” perhaps? Or maybe a bland & generic term–“writing” or “criticism” or “observation”–would do? Pretty much anything but scholarship works for me.) A method is obviously intrinsic to research, and if we want to create something worthwhile, we need to be incredibly thoughtful as we decide on this method. This is arguably more true in the social sciences than the natural ones, since we’re dealing with people who respond to the presence and tactics of researchers rather than objects that–examples from quantum physics notwithstanding–act with apparent disregard for a researcher’s presence or absence.

I’m beginning work on a dissertation about direct action activism in Occupy Wall Street. If you read this blog with any regularity, you probably know that I’m also an OWS activist. I want to see the movement continue and to see it succeed, and I channel a lot of my time and energy into helping it do so. I’ve made OWS part of my self-identity, and others have used this affiliation to explain who I am (see the editor-selected headline to my Business Insider article). As a researcher, though, it leads to role confusion. When I’m working with Occupy, I’m doing two things at the same time. At protests, meetings, actions, etc., there isn’t a meaningful distinction between Travis the Activist and Travis the Researcher. I feel both to almost always be happening at once. I’m acting, but taking volumes of notes as I do so.

In this sense I don’t even consider myself to be doing “participant-observer” work. This isn’t me helping a church group cook a pancake breakfast in a situation where everyone in the kitchen reads me as “grad student” and I read each of them as “parishioner.” The term “observing participation” is probably a better one. Marek M. Kaminski exemplified this method in his Games Prisoners Play. His “fieldwork” for this ethnography of Polish prison culture in the 1980s was the six months he spent locked up for possessing illegal literature. He wasn’t participating in activities alongside the prisoners he was observing; he was observing a culture in which he was an active participant. While my situation obviously lacks the harrowing quality of Kaminski’s, the identification with those we study is similar. I alter the trajectory of the processes I study. I voice my opinion at meetings. I participate in actions. I twinkle my fingers for motions I support and down-twinkle them for ones I don’t. As a result, I never know when I’m “doing research” or “doing activism.” My hope is that I don’t have to choose, that it can be a “both/and” project rather than an “either/or” one.

Occupy seems to beg for this kind of research. It is a movement based on direct democracy, horizontal organization, and active engagement. To not engage with OWS is to miss its thrust. The movement reacts against a learned passivity that allowed banks to run roughshod over regulators and money to run roughshod over our political process. Occupy’s lack of a formal hierarchical structure challenges the leader/led divide by which a handful of individuals make the decisions and the greater mass of the movement compliantly shuffles into place. One of the lessons that OWS has helped to ingrain on my psyche and my personality is the power of not asking for permission. Though consensus is sought on matters integral to a given working group or to the movement as a whole, occupiers have created a space that encourages the DIY mentality and supports individual and collaborative attempts to realize projects and desires. Permission doesn’t need to be sought to be happy or engaged; to the contrary, the pursuit of permission too frequently obstructs our pursuit these aims. Though knee-jerk critics of OWS like to say that occupiers want everything handed to them, my experience has been the opposite. They want to build their own future, to establish a different set of social and economic relations, and they aren’t asking the permission of you or me or MoveOn or Barack Obama to do so. Remember, this is a movement got its start by liberating a public park from the strictures that Brookfield Properties placed on it as a zone of “passive recreation.”

These tendencies could probably be observed from the supposedly neutral, “view from nowhere” voice that pervades social science and journalistic literature. I think, though, that the idea of Occupy resists the assertion that these voices really come from nowhere. The financial sector pretended–and pretends still–that its theories about the economy hold the kind of irrefutable inevitability as the apple falling onto Newton’s head. This was bullshit. Views offered from positions of power can make themselves seem natural and inevitable, but they are not. By virtue of its existence, OWS points out that boardrooms, TV analysts, newspaper columnists, Alan Greenspan, and everyone else are not proffering universal truths. Instead they are producing discourses that will almost always seek to legitimate their positions of authority and to protect and expand their material interests. Neutrality is not neutral. Objectivity is not objective. I will write as an occupier and as an overeducated academic. I will write, therefore, as myself. To write about Occupy without disclosing and interrogating the place from which I am writing would be to dismiss the ethos of the movement I hope to understand. It’d be like writing a dissertation on vegans and binding it in a leather cover.

On the flipside, this resistance to the concept of neutrality can’t be a justification for producing a work of propaganda. Agitprop has its place, and I’m proud to have written it in the past. Hearts and minds need to be won. But agitprop isn’t what I want to spend the next few years of my life working on. That said, I do feel an obligation to make this work useful to OWS (should it, god willing, still exist in a few years time) and to future progressive and radical political movements. To my view, this obligation isn’t adequately fulfilled by domesticating Occupy or by legitimating it within the academy as a Serious World Historical Event. It’s about working in the other direction, bringing whatever tools and skills I have acquired in my twentysome years of schooling to the aid of meaningful political and cultural change. Rather than propaganda, I hope I can help analyze OWS’ successes and its shortcomings and to explore the processes by which it has constructed a compelling countervisuality to capitalist excess and to corporatized politics. If anyone outside of the dissertation committee ever reads this project (and I underline that “if”), I’d rather it be activists than a graduate seminar.

In 1930 André Breton founded the periodical Le Surréalisme au service de la révolution–Surrealism in the service of the revolution. I want to put my research into the service of such political aims, into the service of a revolt against the barriers and systems that prevent all of us from being materially and spiritually secure, genuinely happy, and self-actualized. A tall order, yes, but if we’re not contributing to that aim, what the hell are we doing with ourselves?